Painting an aeroplane is not exactly the same as painting a car.

When an airline chooses a livery, they have to take into consideration several factors, not just aesthetic ones.

Let’s start with the most obvious thing: almost all aeroplanes are white. The financial factor is definitely the first reason, but it’s not the only reason. White is the cheapest colour and the savings are more than evident when you consider that it takes between 250 and 1100 kg (551 to 2425 pounds) of paint to cover a commercial aeroplane. Secondly, white is a reflective colour, which you can easily tell when you’re on board a parked airplane under the summer sun… Imagine what might happen if the same aeroplane was a dark colour!

There are some more technical reasons behind the choice, though. White makes it possible to easily locate potential imperfections in the fuselage, but not only that. American scientific research shows that the colour white also helps to avoid ‘bird strike’, whereby birds hit a plane during a flight. An aeroplane with a dark livery could reduce the contrast against the sky and might confuse unfortunate birds.

One of the main reasons why an aeroplane is painted at all is to protect the integrity of the fuselage. A plane’s external surfaces are exposed to dirt and corrosion, so good paintwork creates a protective layer, which is necessary for its safety.

Painting is not a process that only takes place when an aeroplane is being assembled, but aircraft can also be repainted before being sold on to another company or simply because a new livery is designed!

How long does it take to paint an aircraft? Obviously, it depends on its size: for giant planes such as the Boeing 747 or the Airbus 380 it takes weeks of hard work. It took us eight days to repaint JO, our first aeroplane to have the new livery.

Lastly, there are two methods of removing old paintwork. The first is known as sandblasting, a mechanical process through which paint is removed by spraying sand and air. The second method involves using a solvent that literally melts the old paint off the fuselage.

The painting process usually takes place in three phases: a first base layer, a middle layer and, lastly, the finishing ‘touch’. This last part of the process gives that shiny finish to the liveries that fly in our skies. 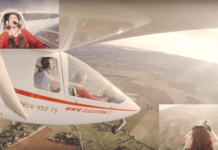 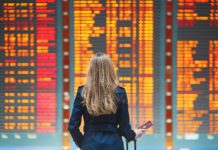 ENJOY YOUR TRIP… WITH PEACE OF MIND!