Internet conspiracy theorists, please excuse us.
We believe it is the right time to talk about one of the most “burning” topics on this blog dedicate to the world of the flight and airplanes: the contrails.

No mystery, but only science.

In order to convince you that the fascinating white contrails, which cut the blue sky after and airplane crosses it, do not release any chemicals into the atmosphere, we invite you to think about a very simple matter. What happens when it’s cold outside and from our mouth the words turn into condensation clouds which are perfectly visible to the naked eye?

Airplanes’ contrails are attributed to the sudden condensation of the water vapour inside exhaust gases of the airplanes at high altitudes (about 10.000 metres), an altitude where temperatures are very low between -30 C° and -60C°.

In this section dedicated to curiosities, we won’t bother you with details on the differences between exhaust gases, convection or aerodynamic contrails, but we could delve into this topic soon in our section #AvGeek…

The fact remains that everybody, at least once in their life, has photographed and admired airplanes’ contrails keeping looking upwards. Some of them stay there for dozens of minutes, others quickly disappear. What does it mean? The higher the humidity in the air is, the higher the resistance of the contrail in the sky is. On the contrary, if the contrails dissolve quickly, the air is drier and the weather is likely to be good the next day…

So there is no conspiracy, but only condensation. We are sorry, we don’t to disappoint your expectations for sure, but “science was created to reassure”, as painter Salvador Dalì stated. 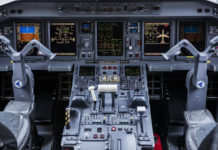 WHY IS THE COMMAND BAR CALLED THE “CLOCHE” IN ITALIAN? 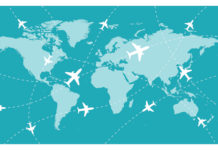 HOW MANY AEROPLANES HEAD FOR THE SKIES EACH DAY AROUND THE WORLD? 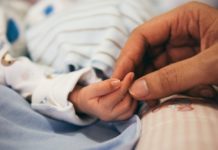 WHAT HAPPENS IF YOU’RE BORN ON AN AEROPLANE?

AVIATORS AND WRITERS OF THE PAST: 3 BOOKS FOR AEROPLANE LOVERS

WHY IS THE COMMAND BAR CALLED THE “CLOCHE” IN ITALIAN?