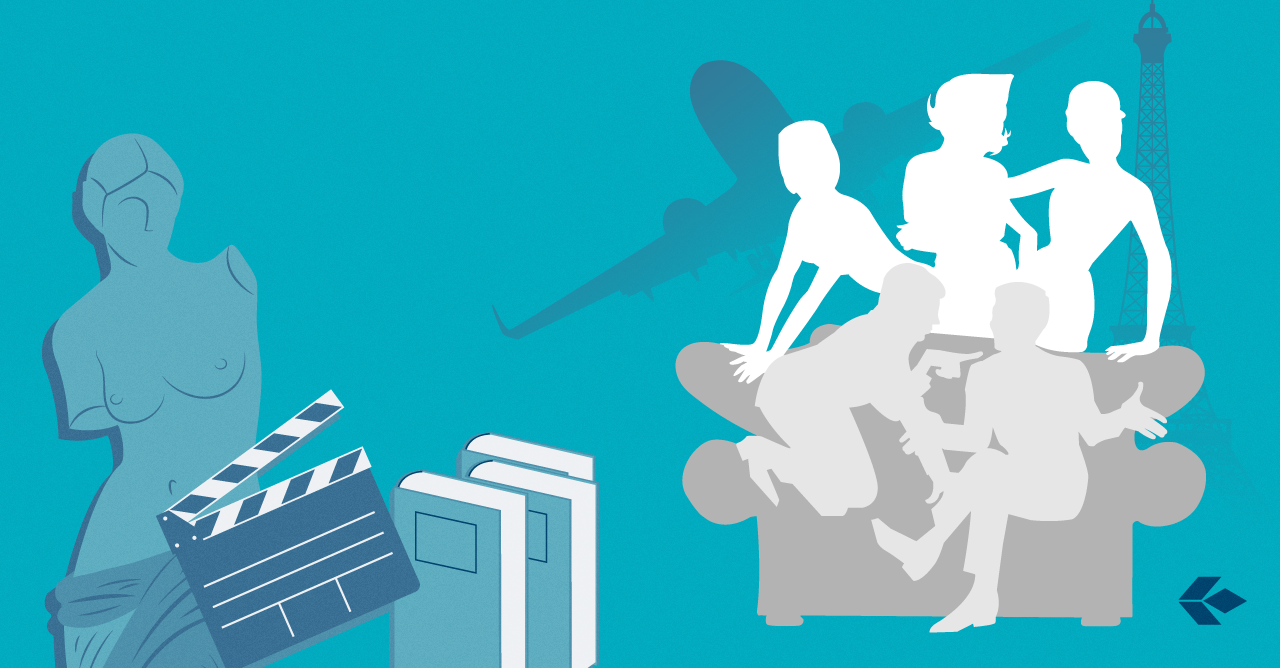 Understanding some of the stories set in the past requires us to imagine a completely different world from the one we live in now. Let’s jump back to the ‘60s, when there were no mobile phones, no social media and no instant photos. Lying was altogether easier than it is now.

It was against this backdrop that the playwright and director Marc Camoletti wrote his first successful play, Boeing-Boeing, the most performed French play of all time.

Parisian architect and bachelor Bernard lives in a cute apartment in Paris and simultaneously gets engaged to three charming flight attendants: a French woman (Italian in some adaptations), an American one, and a German one. A perfect plan made possible thanks to the three women continuously travelling.

But the ‘60s were the years of the economic boom, new technologies and innovations in the field of aviation… The very fast Boeing 707 and 737 aircraft appeared on the market and airlines such as the legendary Pan Am became modern icons, bridging geographical and cultural distances. That’s how our sly Bernard finds himself miscalculating the arrival and departure times of his three girlfriends, leading to him being caught out as a liar, a traitor and a victim of technological progress.

Soon Camoletti’s show became a cult. After its debut in 1962 at the Apollo Theatre in London, the comedy was immediately taken to the West End at the Duchess Theatre in 1965 and was repeated season after season for seven years. Rumour has it that, right up until the last few months, finding tickets to see Boeing-Boeing was a real undertaking.

Camoletti was a Frenchman born in Switzerland from an Italian father, and his works went around the world to 55 countries, arriving at Broadway and turning him into a legend. Until a few years ago, in 2008, Boeing-Boeing was still a box office sell-out.

In 1965, the comedy also became a feature film, produced by Paramount Pictures with an exceptional cast: Tony Curtis, Jerry Lewis and Thelma Ritter. It was directed by TV filmmaker John Rich.