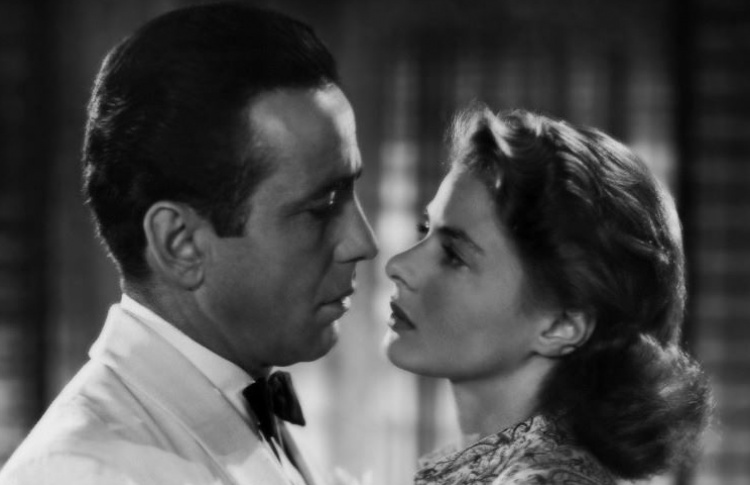 Here’s a myth buster for you: the line “Play it again, Sam” NEVER features in the film “Casablanca”. Never. How is it that one of the most famous lines in Hollywood history, wrongly attributed to Humphrey Bogart, was never actually said?

The real line, “Play it, Sam. Play As time goes by”, is known to every famous quotes fan as the number one hoax (along with “Elementary, my dear Watson”, but that’s a different story…).

Although we can’t be certain, it’s said that it came about because of a jammed film during the showing of “Casablanca” in Harvard Square, Cambridge, Massachusetts, USA in the ‘60s. Others hazard a guess that the misunderstanding comes from the confusion with the famous film “Play it again, Sam” by Herbert Ross, in which Woody Allen’s character, a film critic, dreams of reliving the love story between Bogart and Ingrid Bergman by writing a play named “Play it again, Sam”.

This blog is about aeroplanes, though, and if we keeping following film curiosities down the rabbit hole we run the risk of getting off topic! “Casablanca”, a 1942 film directed by Michael Curtiz, is in the pantheon of all-time cinema greats and includes one of the most touching and agonising scenes ever to hit the big screen. The protagonists are Ilsa Lund Laszlo played by the wonderful Ingrid Bergman, Rick Blaine played by Humphrey Bogart (his trench coat and hat became the undisputed style icons of the era) and a PLANE.

Here we have the second hoax of “Casablanca”, revealed by nasty Hollywood rumours. Not everyone knows that the film was shot in just a few months (in fact, we don’t know for certain either), with a small budget and mostly inside the Warner Bros studios. What appears to be a Lockheed Model 12 Electra Junior is in fact just a miserable cardboard model…