Whether you’re a frequent flyer or occasional holiday-maker, you will have no doubt noticed that the departure and destination airport names are indicated with three-letter codes on your flight ticket.

For example, if you’re a passenger on Air Dolomiti flight EN8191, you’ll be flying from FLR to MUC, that is to say from Florence to Munich. So far, so easy.

The abbreviation system for airport codes assigns a three-letter code to every airport in the world. IATA – the International Air Transport Association – is based in Canada and is responsible for establishing and publishing the rules of the system.

Since 1930s, an airport coding standard has been essential and in the early days the airlines used to choose their own two-letter codes. However, with the opening of many new airports at the end of 1940s, two letters were no longer enough and the three-letter codes which we are familiar with today were introduced. For example, Los Angeles international airport was originally only LA, but it became LAX in 1947. IATA intervened in the 1960s when airlines decided they needed a standardised process in order to avoid any confusion.

DOH, Homer Simpson’s favourite exclamation, is Doha airport in Qatar. Flying to LOL will definitely make you smile – that’s Derby Field Airport in Lovelock City, Nevada. It might be embarrassing going to BUM, Butler Airport in the USA or to SEX, Sembach Airport in Germany…
but it’s certainly exciting landing at OMG, Omega Airport in Namibia! 😉 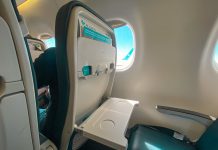 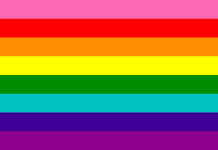 PRIDE! THERE’S A TOUCH OF TURQUOISE IN THE RAINBOW TOO