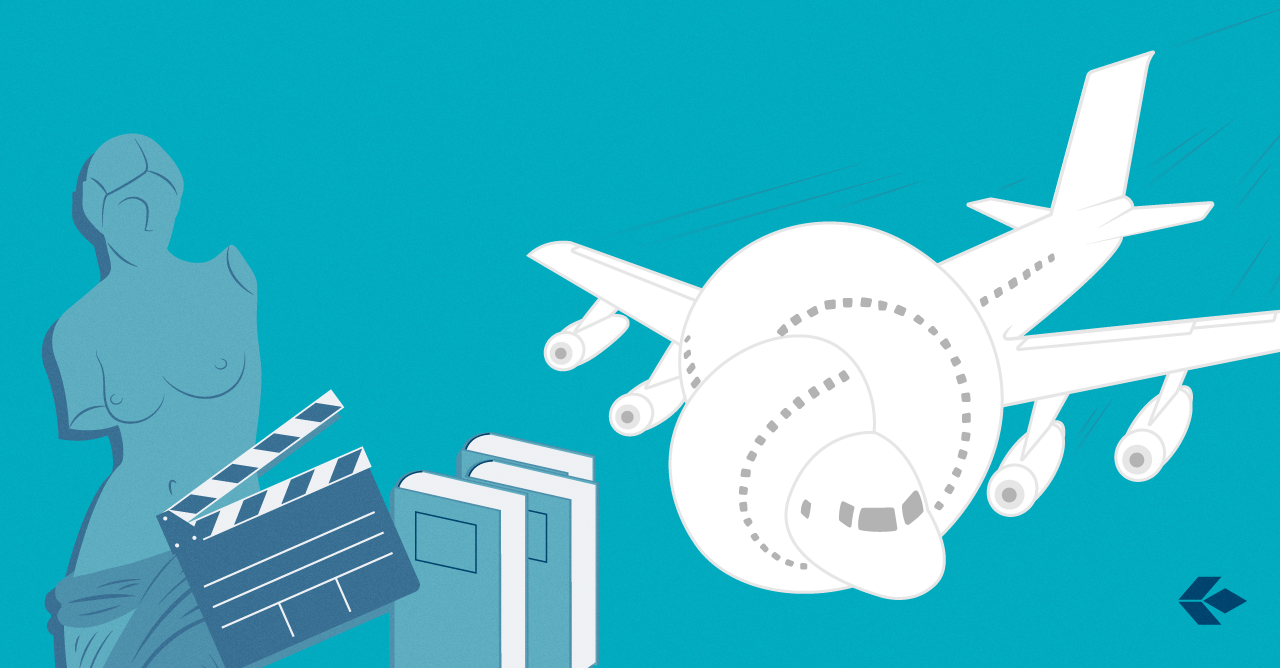 If we were to establish a ranking of the funniest films of all time, Airplane! would definitely get a place of honour.

When it was released in 1980, Airplane!, directed by the so called “ZAZ trio” (Jim Abrahams and the brothers David e Jerry Zucker), was not welcomed by everybody with the same enthusiasm. The film belonged to a current that was defined by the harshest critics as “joke film” for its continuous jokes, too frequent comic sketches and a banal story.

For those who do not remember it, the film talks about Ted Striker’s brave venture, a former pilot now a taki driver, who is afraid of the idea of flying after the war, and he flies as a passenger on a flight to Chicago, in order to win his ex-girlfriend back, the flight assistant Elaine Dickinson. But during the flight, passengers suffer from a food poisoning caused by the fish they served on board…

There is an unforgettable scene, when the pilot, right after dinner, starts feeling all the symptoms that are going to hit him in a funny sequence and he shoots a desperate look towards the tray where there is…a fishbone!

All passengers start feeling sick and Elaine tries to take charge of the situation taking instructions from the control tower, which makes a quick fix by substituting the pilot with Otto, a mannequin that is able to drive the airplane, but it doesn’t know how to land.

Have you already understood how the story ends? Obviously Ted Saves the situation and the destiny of the battered passengers, and he wins the love and the esteem of the beautiful flight attendant.

Probably a predictable ending, but it is funny until the last minute…

Whether you like it or not, it doesn’t change the fact that Airplane! paved the way to a lucky series of parody films that consecrated the ZAZ trio and Made-in-the-USA comedies such as Top Secret! in 1984, The Naked Gun: From the Files of Police Squad! with the laugh giant Leslie Nielsen, Hot Shots and Scary Movie directed only by Jim Abrahams.