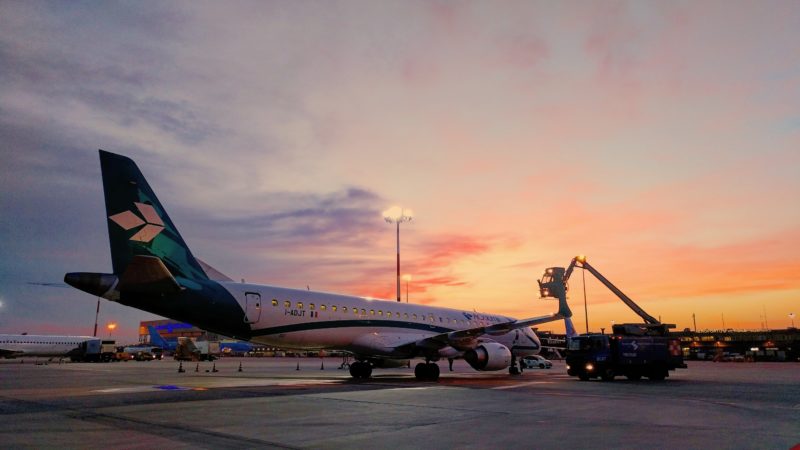 Heavy snowfall has its charms. Flying over the Dolomites, we wouldn’t expect anything else.

But sometimes, heavy snowfall brings with it gridlock, temporary bus and train cancellations, issues in towns and cities and for those who have upcoming travel plans.

So… How do aeroplanes behave when it snows?

Let’s start with the assumption that aeroplanes fly from one airport to another and therefore, weather conditions might change. We can assume that airports, pilots, flight attendants and airport staff are highly prepared to face adverse weather conditions safely. It is relatively obvious to point out that when an aircraft reaches its cruising altitude, it may encounter very low temperatures (between -40°C and -60°C). So, how can a bit of snow cause problems?

Once forecasts have been checked three or more times as usual (at the beginning, during the flight and at the destination) and the aircraft tanked up with additional fuel in case of delays or having to land at a different airport, full attention is given to preventing ice formation on aircraft and runways. The fuselage, wings and each exposed part of the aircraft are continuously “washed” before take-off with a powerful antifreeze liquid. The same goes for the runway, cleaned by snowploughs, if necessary.

Any ice formation that does occur may add weight to the aircraft, threatening some of its basic functions. That’s why the operation is carried out very carefully. If you’re ever sitting inside an aircraft as it’s sprayed with antifreeze, you’ll find it’s like being in a carwash: a sticky liquid waterfall streams down the windows, making a loud noise that sounds like rain!

Once in the air, the most important parts of the aircraft (cockpit window, engine vents and leading edges) are warmed electronically or by using the hot air from the engine (pulled out of the compressor). That’s how ice formation is prevented.

A different approach is required for rain in sub-zero temperatures, though. If an airport is hit by rain when temperatures are around zero, airport staff will consider the possibility of suspending air traffic and flights will probably be cancelled by airlines. That’s because in the above conditions aeroplanes might start to collect ice quicker than antifreeze equipment can remove it.

Aeroplanes fly across Alaska, land in Lapland and cruise over the giant Dolomite Mountains, so there’s no need to worry about a few snowflakes… Instead, enjoy the view from your window! 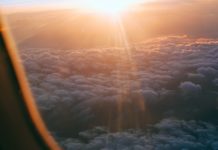 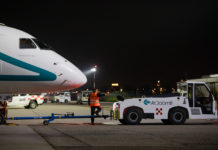