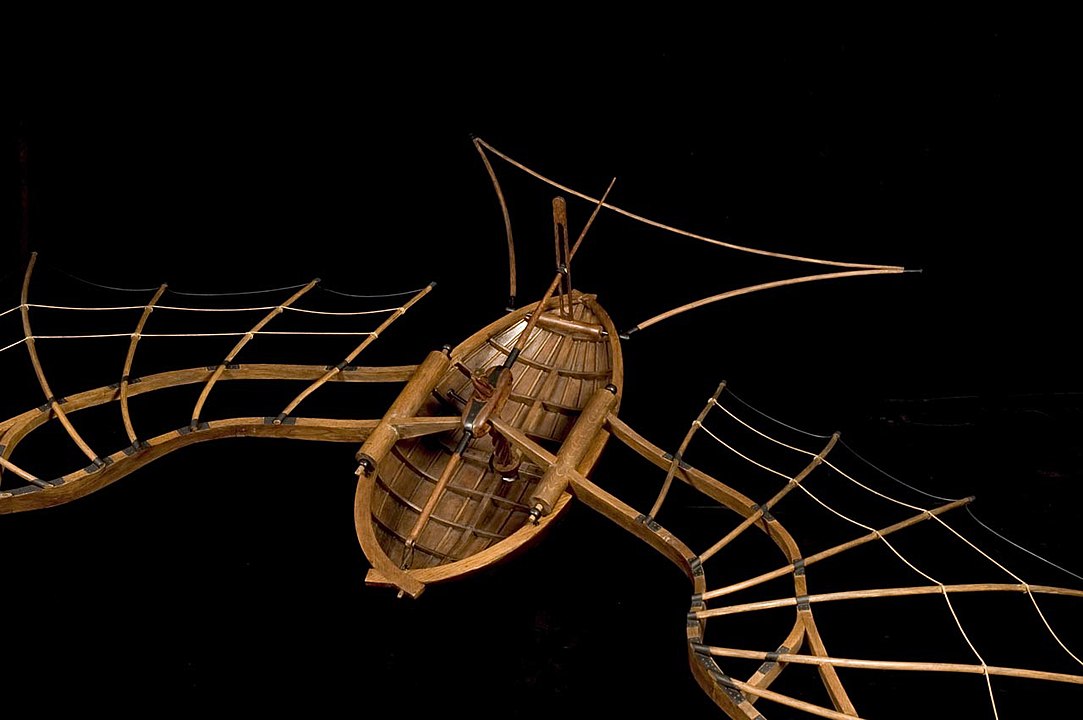 It’s hard to describe who Leonardo Da Vinci was using mere words.
The greatness of the Florentine painter, sculptor, illustrator, scientist, philosopher, architect, mathematician, engineer, anatomist, botanist and musician is conveyed by his very name, which is famous all over the world.

Is there anyone who doesn’t know who Leonardo Da Vinci is? We don’t think so.
And anyone who’s never heard of the Mona Lisa? Also not.

However, you might not know that Leonardo invented the first flying machines.

It’s the dawn of the Renaissance and Leonardo Da Vinci is going through a very complicated time in Florence in the 1500s. Firstly, because of a man named Michelangelo Buonarroti, a young and very popular sculptor, who in Leondardo’s opinion is over-rated given his use of “anatomical extremes and muscular rhetoric” in that sculpture of David, which he feels doesn’t deserve to remain in front of the Palazzo della Signoria. Then there’s also the death of his father, Piero, who excluded him from his inheritance.

Leonardo needs to escape, to design something that nobody would ever dare to imagine. While writing his Codex on the Flight of Birds (today kept at the Royal Library of Turin), he comes up with an extraordinary idea: human flight.

The aerial screw, which never flew and maybe was never built, is a design that appears on folio 83v of Manuscript B of the Paris Manuscripts, and which is kept today at the Institut de France in Paris.

In this study, Leonardo predicted that the aerial screw would generate enough force to take off, demonstrating a remarkable knowledge of aerodynamics and several laws of physics that were not discovered until centuries later.
In the inventor’s plans, the aerial screw would “unscrew” in the air due to its density after being rotated by four men by means of horizontal poles.
However, in those days, Leonardo only had heavy materials such as wood, ropes and linen to build this predecessor of the helicopter.

The flight of the red kite, a majestic bird of prey that lives in mountainous regions all over Europe, sparked intense curiosity in Leonardo, leading him to imagine solutions to allow humans to fly.
His first sketches in the Codex on the Flight of Birds depict machines that can fly by flapping their wings, like the ornithopter, but the technology at Leonardo’s disposal at the time was not capable of creating such a machine.
Gliding flight was much easier to imitate, and that’s how Da Vinci’s pupil Tommaso Masini, also known as Zoroastro, became the first ‘flying man’ in history. He was able to glide thanks to a harness similar to a hang-glider and by taking off from a natural slope (although he unfortunately sustained multiple fractures to his legs when landing…). 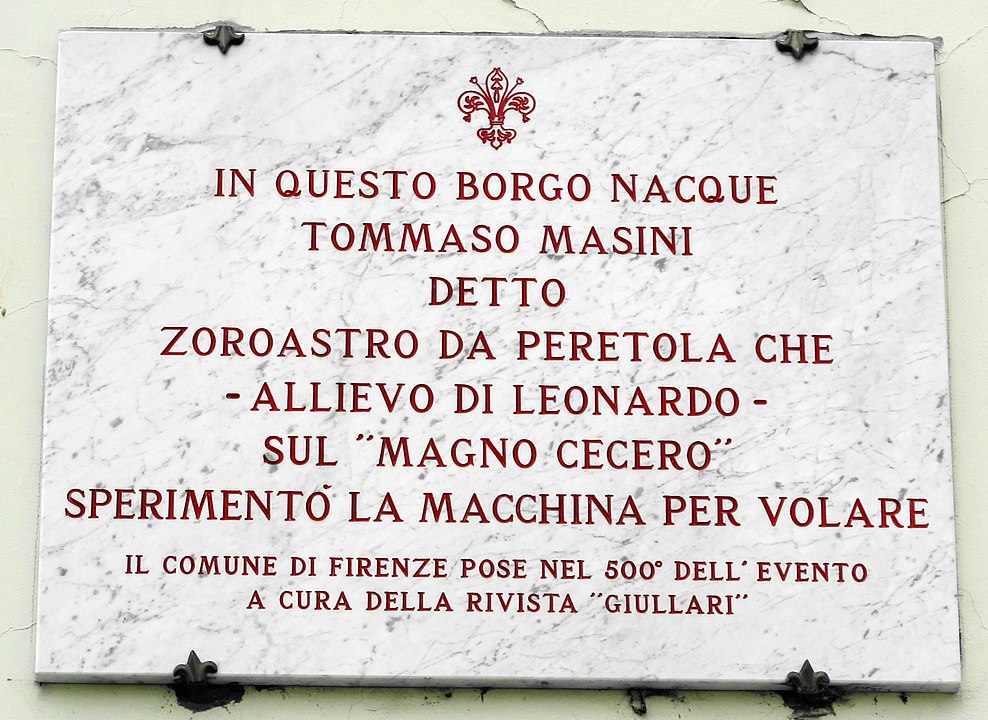 If you’re passionate about flying and science like us, you must visit the Deutsches Museum in Munich, which has dedicated several temporary exhibitions to Leonardo.